HA! Forgive me father for it's been 1 year since my last blahg. WHAT?? Is that even possible.  Well... let's see since my last birthday show in 2013, where i came out in a bathrobe (or maybe that was a different time), I've toured all around the world, playing living rooms to actual stadiums.  RRR took a long break but is back in June 2014 with a new single and video and shows to follow.  I just finished a new solo record that took this entire past year to write/record and features all kinds of cool musicians.  My moustache turned into a full beard and then i shaved it... and then grew it back... i can't decide.  I found me a wonderful girlfriend and we have had a blast and even went to Thailand to ride an elephant.  Summer 2014 i will release the new CD and tour to promote. So, get ready folks!  PRE-ORDER and lots of goodies will be available on my PLEDGE MUSIC campaign APRIL 14- JUNE 5 with the release party at the Viper Room on that last day!  Come join us! 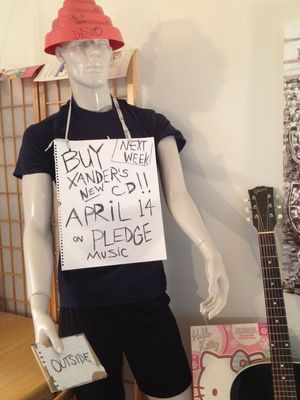